After graduating from Sam Houston State University with a degree in law enforcement, Larry joined the Houston Police Department in 1976.  He served 8 years primarily on radio patrol in the downtown area.  Larry was named Rookie of the Year by the 100 Club of Houston in 1977 and was first introduced to the insurance business by State Farm in 1985.

After leaving the police department, Larry built a State Farm agency in Pearland, Texas.  Eight years later, he sold it to begin working in the health insurance market.  For the past 24 years, he has been helping small and medium group employers with their employee benefit solutions.  His agency has grown, earning several awards such as “Echelon” with United Healthcare and “Leaders Club” with Humana.

Larry’s dedicated staff have all been with him for over 10 years.  He has been married to Kelli for 24 years and they have 5 children: Adam, Lindsay, Joshua, Justin and Matthew.  The family thoroughly loves traveling as much as possible, and they enjoy attending country and western concerts as well as playing golf. 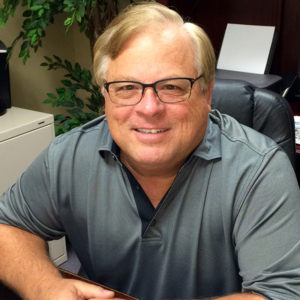